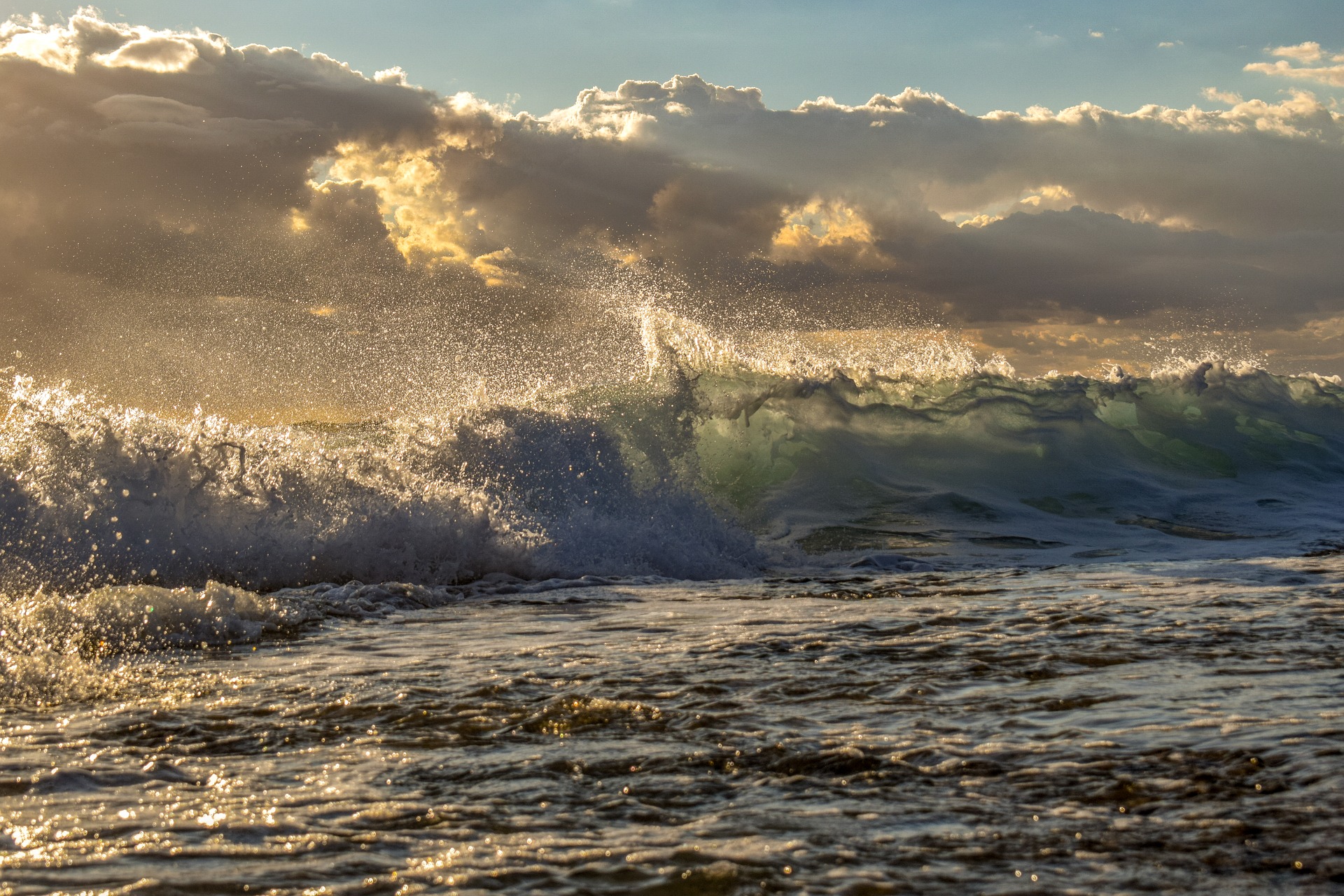 Summary:  Learn about the part of the Polyvagal Theory called Social Engagement. Using the Social Engagement system, we can use our body to let our brain know that we are safe in our environment. Experience two motions you can do right now to help you feel safe and at ease. Resilience is adaptation, and adaptation leads to evolution.

Visit here for your free gift

Hello, my friends! Pamela here. Thanks for joining me. Today I’d like to start with another question, which is “What is resilience?” I like to think of resilience a little differently from how it’s been described, as the ability to bounce back from something that was difficult. I’d like to go one step further. From my background in biology, we learn that adaptation is the key to evolution, and I like to think of resilience as adaptation—the ability to adapt. This doesn’t necessarily mean that we’re just sort of rolling over and letting things happen to us, putting up with things. Instead, it allows us to use our environment to give us information, to give us clues that would guide us to know what is best for us. And so if a situation isn’t good, we might get out of it, push back, something like that. And if a situation is good, for us to take note of that and to use that as a resource. So what I’d like to do is introduce a little bit of the Polyvagal Theory from Stephen Porges, so that you have an understanding of the things that might help you to become more resilient by using the nervous system, and how we are wired to help ourselves. The Polyvagal Theory is very full, and there’s little bits of controversy along the way, but the piece that I’d like to bring forward today has to do with one of the portions of the vagus nerve. The vagus nerve is the largest nerve in our body, and it’s called the wandering nerve. That’s where that word vagus comes from. And when we look at the vagus nerve, we notice there are two parts or two sides to it. One of the sides is the dorsal and this dorsal vagal innervates a lot of us:  our gut and our lungs and so forth. And then the other part of it is the ventral vagal. And the ventral vagal is a component of what Stephen Porges, the author of the Polyvagal Theory, what he has described as Social Engagement. So we can call this the Social Engagement System. Now the ventral vagal, what’s interesting about it is that it is a myelinated nerve, and that means it has a protein coat around it, so kind of like an insulated wire, and it allows for information to travel through it much more easily because of this myelination. What’s also interesting is that it doesn’t really develop right away, at birth. It takes a couple or three years for us to have this ventral vagal working efficiently. And that is one of the components of what he calls the Social Engagement System. And I wanted to introduce that to you today.

So the Social Engagement System includes things that are innervated by that ventral vagal component of the vagus nerve, like the heart rate and the breathing rate. And having those be in what I would call normal ranges—having the heart rate and the breathing rate both be in normal ranges—is part of establishing wellness. It’s part of establishing safety and knowing that your environment is a good place to be in. So keeping our heart rate at a nice balanced resting rate, and then having the ability to have variability in that heart rate. Heart rate variability is something that’s been studied quite a lot, and this is the small differences between each of the heartbeats. Having this flexibility, having this variability, actually indicates better vagal tone, and so we are able to handle the ups and the downs in our life more easily. So that’s one of the components is heart rate. Another component is breathing rate. The breathing rate having this not be in the top parts of the lungs exclusively, but allowing the breath to go down into the deeper parts of the lungs, and having ease around the breath. We’ll be talking about breathing quite a lot in this show in other episodes, and so I don’t want to get too much into that. But being aware of our breath and being aware of it going into the deeper parts of the lungs is helpful. Another component of the Social Engagement System is being able to create pleasant sounds through our pharynx and larynx. So this is part of how we make sound. And when we hear our voice making those sounds, that’s another piece of it. So we’ve got the sounding in the throat. Pleasant tones, so not screaming and not growling, but in pleasant tones in our speaking range of our voice, sends a signal of wellness to the nervous system, “All is well.”  When we hear ourselves making those sounds or when we make those sounds. So it’s kind of a combination there of hearing it and making the sound. When we hear other people’s voices and other sounds that are pleasant to us, that’s also part of this system. We’ve got this small muscle inside of our ears that is sending a signal of wellness as well, when we hear pleasant sounds. So when we hear other people or even the sound of our own voice. And then the final part of this is head turning. And head turning or turning your head and looking to see that there is no danger is also a component of this system. So as we are learning these pieces, these five pieces, I think it’s helpful, because then we can be creating resources for ourselves that allows our nervous system to know that we’re safe and we’re well.

And so today I would like to introduce one that involves head turning so that you can have an idea of what we’re talking about and also to feel the settling qualities that it might provide you. So we’re going to go right ahead into the first motion for today which is called ORIENTING. And so, very simply, I’d like to start first of all by having what I call a SOFT GAZE. So the soft gaze is, if you’re looking at something. Let’s say you’re trying to investigate something. You’re looking for the details of something. Your eyes might be kind of forward in your face, and you’re really trying to get information from that thing. What I’d like to introduce is a soft gaze, which, instead of the information being sought, in other words looking for the information, I want you to imagine that the information is coming in to the eyes, so that you are receiving the information rather than seeking it. So we’re just going to start with this little activity first, and then we’ll do the ORIENTING. So this is the soft gaze. So I’m going to invite you to try this. Just a little experiential moment to see what it feels like to look versus receive, or see, the information. So just right now in your room or wherever you are, look around and try to notice things. So we’re trying to get details about something. So pick an object and look at the color of it, the shape of it, the details of it, trying to get more information. And now do the same thing with that same object, but this time let your eyes sort of relax back into your head, and allow the information from that object to come in to your eyes, so it’s just being received. And you may notice that there’s a difference in how you feel. Instead of having our eyes forward in our head, they’re relaxed back, and this is sending a signal of wellness, so that’s a good place to begin.

And now we’ll do ORIENTING. With ORIENTING, it’s very simple, you’re just going to simply let your eyes wander where they would like to go. And then once your eyes get to that place, let your head move to follow where your eyes lead. So let’s try this together. Sitting comfortably, we will start by just letting the eyes look, and we’ll do this for about 10 seconds. So join in please. So, sitting comfortably or standing, and we’re going to let the eyes wander wherever they’d like to go and then the head follows. Continue allowing the eyes to lead and the head follows. Continuing for several seconds. Your eyes lead and your head follows. And, then close your eyes and open them and come back to where you are. And so just noticing now how that might feel to you to have done the ORIENTING motion, and see if there’s any settling or calming effect that it might have on you. This is a good activity to do if you’re feeling upset about something or nervous about something. It’s also really nice to do when you are about to go to sleep, so that you kind of check out your environment. And of course it’s very important that you begin by noticing that you are safe in that environment. So we don’t want to be doing this in a place where it’s not comfortable, where you’re not comfortable. First and foremost, we want we want to make sure, yeah it is a safe place first, and then do the ORIENTING. And it’s nice to do this after a meditation practice, so you can kind of come back to your now and come back to your room and the present moment, in this space that you’re in. So that’s ORIENTING.

Well that’s all I have to share with you today and I thank you so much for joining me. You can find out more on the website moveintoresilience.com. And I hope that you’ll practice these things daily so that you can really benefit from them. We’re trying to develop resilience and resilience, like I said at the beginning, is adaptation. Adaptation leads to evolution. You’re really helping yourself, and the species, by doing these activities. And we’re using part of the polyvagal theory the social engagement system to really give that message to the nervous system, “All as well.”  This has been Move Into Resilience. Thanks for joining me. I’m Pamela Stokes. Take it easy!